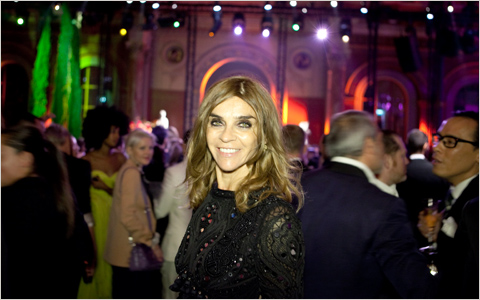 This week one of my favourite magazines, Vogue Paris announced that its Editor-in-Chief Carine Roitfeld is leaving, after 10-years she is leaving to focus on personal projects.

I am a huge fan of Vogue Paris, more so I think than the British and American editions, and I think in large it has to do with Carine’s influence on the magazine. For me it is the only Vogue that is completely chic in its editorial, taking plenty of risks and always seems to be one-step ahead of the competition!

Over the years, I have loved the special editions, the 90th anniversary issue with the gorgeous Lara Stone, the guest editors especially this month’s with Tom Ford, but for me it is always the one magazine I get excited about each month to see the fashion editorial spreads – always amazing styling, models and photographers.

“It’s 10 years that I’m editor of the magazine. I think it’s time to do something different,” explained Carine.

No word as yet on who will replace Carine, of course the rumours have already begun, maybe the former Russian Editor Aliona Doletskaya, but my money is on Vogue Paris’ Fashion Director Emmanuelle Alt. But whoever it is they have big shoes to fill!!

It is already a buzz across the internet:

Who Will Replace Carine Roitfeld at Vogue Paris? A List of Fantasy Suggestions – Fashionista