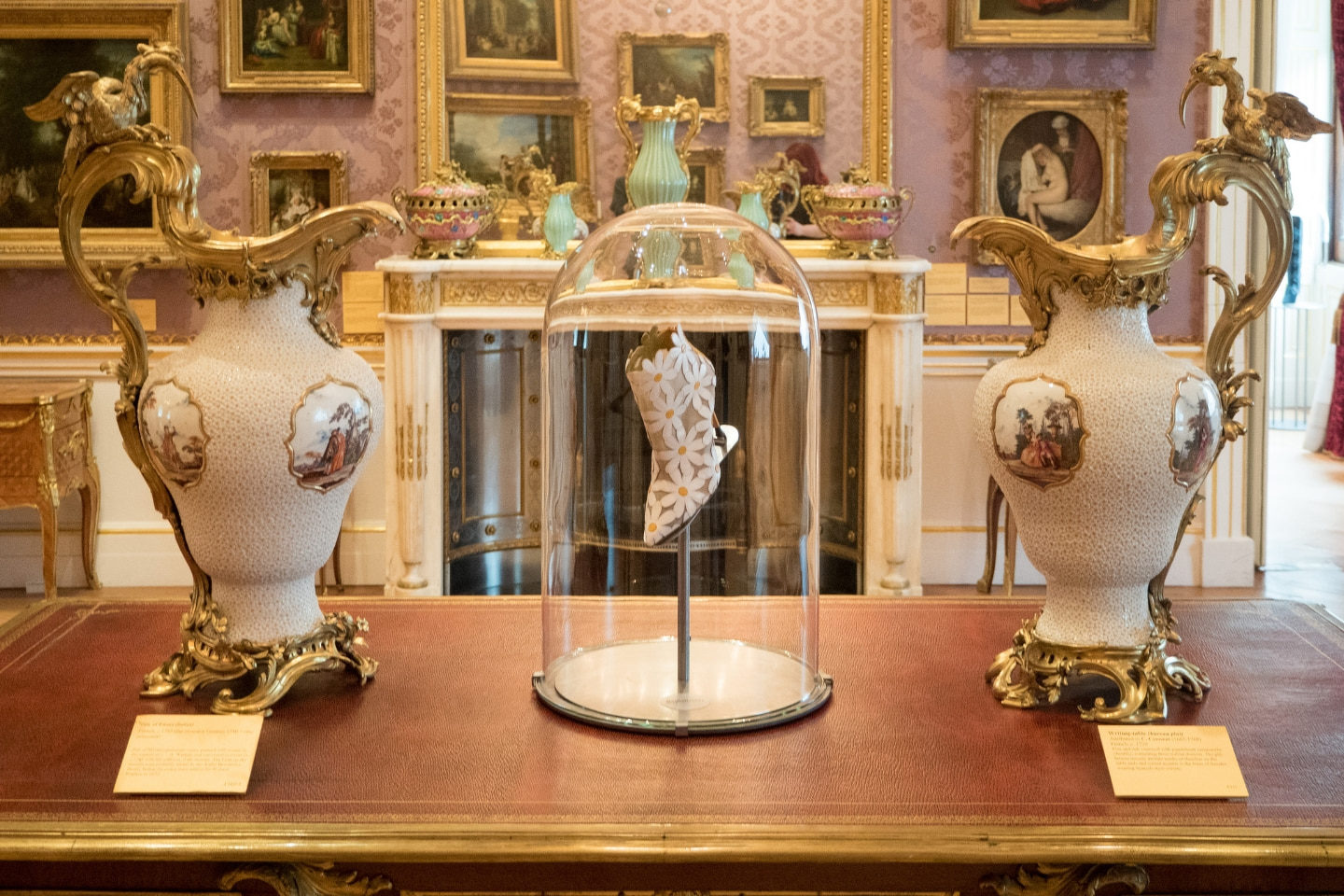 What do get when you combine fashion and art? When it comes to exquisitely crafted shoes by Manolo Blahnik and the incredible setting of The Wallace Collection, you get a stunning exhibition that pays a beautiful homage not only to the Sex and the City-famed footwear designer but also to the incredible collection at the central London museum.

For me, one of the most comforting things has to be an art gallery, I spent many afternoons in the Manchester Art Gallery growing up, and in The Fitzwilliam Musuem in Cambridge, and my London respite is the beautiful The Wallace Collection, literally tucked behind one of the busiest shopping streets in London, which has one of the most fascinating collections of 18th-century paintings, furniture and sculptures, as well as fabulous pink cafe.

‘An Enquiring Mind: Manolo Blahnik’, runs until September 1, and has been co-curated by Wallace Collection director, Dr Xavier Bray, and Blahnik himself, and takes you on a journey through Blahnik’s imagination with 160 of his exquisite shoe designs seen alongside artworks including Jean-Honoré Fragonard’s 1767 iconic The Swing painting that inspired their creations.

Blahnik is a regular visitor at The Wallace Collections, apparently, this place is the source of a lot of the inspiration behind his designs, and I love that this exhibition highlights not only a master craftsman’s design process but also the story behind the couture shoes. It also reintroduces the amazing Wallace Collection to a whole new audience, which can only be a good thing.

The exhibition interweaves Manolo Blahnik shoes from the 1980s to current day, across 10 rooms, with each decadent room exploring a particular theme, spanning the theatre and spectacle of the Commedia dell’arte, the fashions inspired by Blahnik’s native Spain, 18th-century Rococo style, as well as his own personal interpretation of Englishness.

“The Wallace Collection has been a point of reference for me since my early days in London. It was – and remains – one of my favourite museums with the most refined selection of art. I am incredibly humbled and honoured to be a part of the project and have my work displayed at the museum.”

One of my favourite displays and a great one for movie lovers was the room dedicated to the candy-coloured shoes Blahnik designed for Sofia Coppola’s 2006 film Marie Antoinette, which are showcased alongside two famed romantic paintings, Fragonard’s The Swing, you know the one where her slipper slips off her foot into the air and her lover looks up her skirt, and Boucher’s Mme Pompadour. Not only is the art stunning, but the shoes are so exquisite, with the pink slipper adorned with roses.

Other highlights include the designer’s bright and colourful shoes inspired by the theatre and bright costumes of the Commedia dell’Arte, while the avant-garde pieces seen alongside Vigee Le Brun’s Mme Perregaux showing off the extravagant Spanish style of contrasting colours, bows, ruffs and costume jewellery and in the West Room the Blahnik shows the “best of Britain” with shoes featuring natural motifs and plaid, alongside the portraits by British masters such as Reynolds, Gainsborough and Landseer.

The exhibition makes a dramatic conclusion in the Great Gallery, which if you haven’t been to The Wallace Collection before be prepared to be impressed, as this gallery houses some of the most beautiful European masterpieces, including works by Rubens, Titian, Velázquez, and Frans Hals’s 1624 portrait of The Laughing Cavalier.

‘An Enquiring Mind: Manolo Blahnik’ at The Wallace Collection in London is open until September 1.

You may also enjoy: